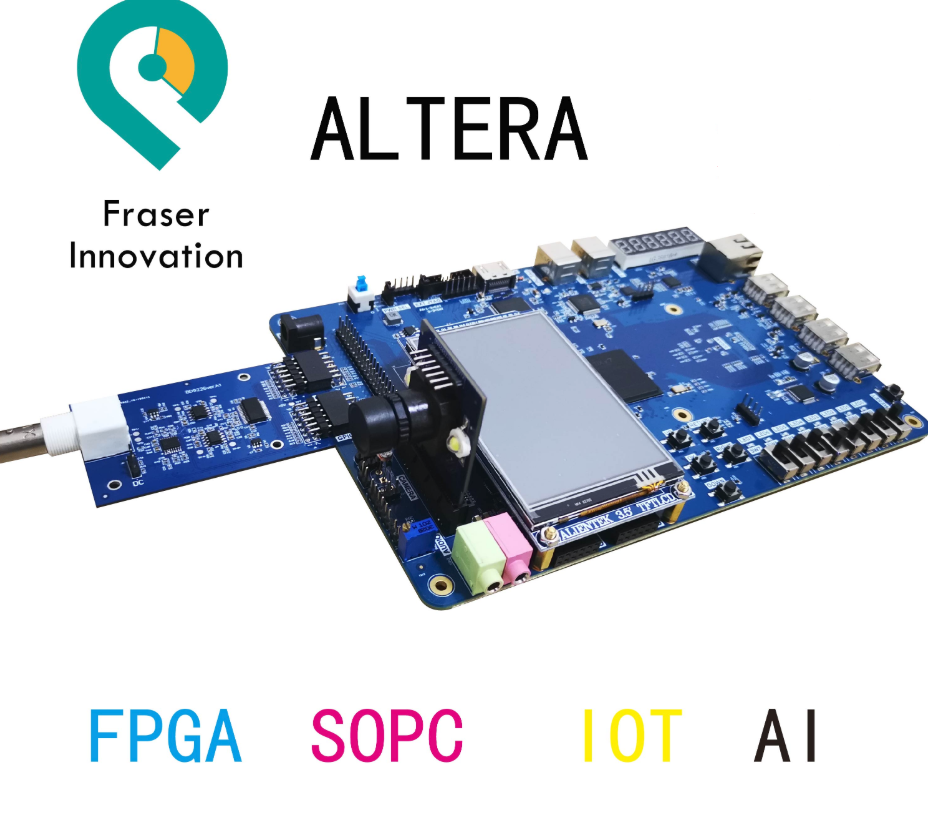 FII-PRA040 – Altera risc-v Cyclone10 FPGA Boards was designed for use in all fields of FPGA development and experiments.

It was designed for use in all fields of FPGA development and experiments.

There is a maximum of five lines that may be used for a JTAG interface, although one of them is optional and therefore may not always be present. This may be the case when the design becomes short of pins on a connector and the optional one can be sacrificed.

The signals that may be used are given below: 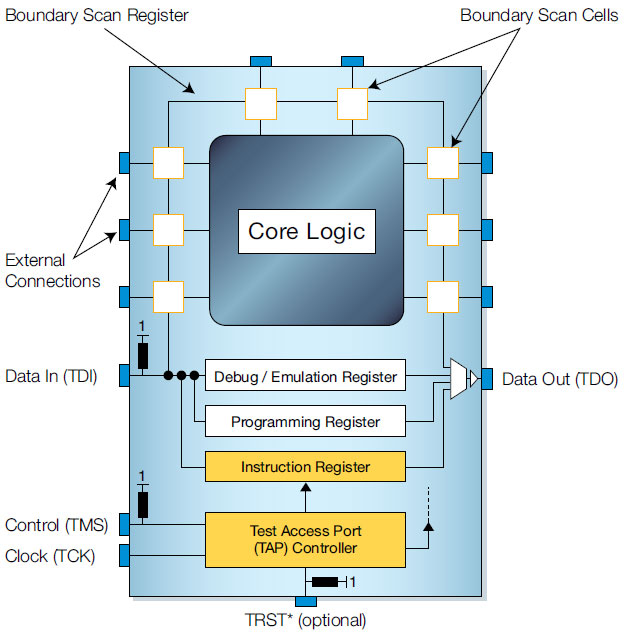 JTAG Technologies solutions for programming embedded memories of Microprocessors and DSPs are also known as SCIP (Serial Controlled IC Programmer) modules. The family comprises a wide range of software modules that can be used by test and production engineers to broaden the scope of their in-system device programming facilities without adding much or anything in the way of additional interface hardware.

While many devices have standardised on JTAG (IEEE Std 1149.1) as hardware interface for programming and testing there has been little in the way of standardisation regarding the way internal (flash) memories are programmed. The use of ‘Private’ instructions and non-standard state machine implementations have meant that some JTAG/boundary-scan tool-sets are unable to cope with the variety of devices that now use JTAG as their programming interface. Furthermore there exists a secondary layer of devices that use other, often lower pin count, interfaces to support their programming. Examples of these alternative interfaces are BDM, SPI, SWD (ARM Single Wire Debug) etc.. JTAG Technologies SCIP modules overcome these obstacles.

A JTAG interface is a special interface added to a chip. Depending on the version of JTAG, two, four, or five pins are added. The four and five pin interfaces are designed so that multiple chips on a board can have their JTAG lines daisy-chained together if specific conditions are met. The two pin interface is designed so that multiple chips can be connected in a star topology. In either case a test probe need only connect to a single “JTAG port” to have access to all chips on a circuit board.

The connector pins are:

The TRST pin is an optional active-low reset to the test logic, usually asynchronous, but sometimes synchronous, depending on the chip. If the pin is not available, the test logic can be reset by switching to the reset state synchronously, using TCK and TMS. Note that resetting test logic doesn’t necessarily imply resetting anything else. There are generally some processor-specific JTAG operations which can reset all or part of the chip being debugged.

Since only one data line is available, the protocol is serial. The clock input is at the TCK pin. One bit of data is transferred in from TDI, and out to TDO per TCK rising clock edge. Different instructions can be loaded. Instructions for typical ICs might read the chip ID, sample input pins, drive (or float) output pins, manipulate chip functions, or bypass (pipe TDI to TDO to logically shorten chains of multiple chips).

The maximum operating frequency of TCK varies depending on all chips in the chain (the lowest speed must be used), but it is typically 10-100 MHz (100-10 ns per bit). Also TCK frequencies depend on board layout and JTAG adapter capabilities and state. One chip might have a 40 MHz JTAG clock, but only if it is using a 200 MHz clock for non-JTAG operations; and it might need to use a much slower clock when it is in a low power mode. Accordingly, some JTAG adapters have adaptive clocking using an RTCK (Return TCK) signal. Faster TCK frequencies are most useful when JTAG is used to transfer lots of data, such as when storing a program executable into flash memory.

JTAG platforms often add signals to the handful defined by the IEEE 1149.1 specification. A System Reset (SRST) signal is quite common, letting debuggers reset the whole system, not just the parts with JTAG support. Sometimes there are event signals used to trigger activity by the host or by the device being monitored through JTAG; or, perhaps, additional control lines.

Even though few consumer products provide an explicit JTAG port connector, the connections are often available on the printed circuit board as a remnant from development prototyping and/or production. When exploited, these connections often provide the most viable means for reverse engineering.

There are no official standards for JTAG adapter physical connectors. Development boards usually include a header to support preferred development tools; in some cases they include multiple such headers, because they need to support multiple such tools. For example, a microcontroller, FPGA, and ARM application processor rarely shares tools, so a development board using all of those components might have three or more headers. Production boards may omit the headers, or when space is limited may provide JTAG signal access using test points.

Those connectors tend to include more than just the four standardized signals (TMS, TCK, TDI, TDO). Usually reset signals are provided, one or both of TRST (TAP reset) and SRST (system reset). The connector usually provides the board-under-test’s logic supply voltage so that the JTAG adapters use the appropriate logic levels. The board voltage may also serve as a “board present” debugger input. Other event input or output signals may be provided, or general purpose I/O (GPIO) lines, to support more complex debugging architectures.

Higher end products frequently use dense connectors (frequently 38-pin MICTOR connectors) to support high-speed tracing in conjunction with JTAG operations. A recent trend is to have development boards integrate a USB interface to JTAG, where a second channel is used for a serial port. (Smaller boards can also be powered through USB. Since modern PCs tend to omit serial ports, such integrated debug links can significantly reduce clutter for developers.) Production boards often rely on bed-of-nails connections to test points for testing and programming.

There are no reviews yet.