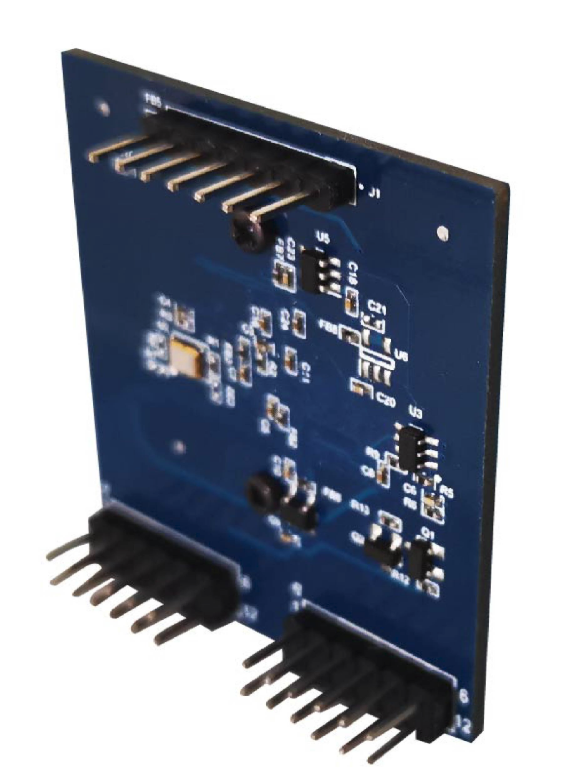 The FII-BD5640-PMOD is a camera module designed to integrate the Omnivision ov5640 5 megapixel (MP) color image sensor , with its compatible power supply and oscillator. This board can be used with different kinds of FII FPGA development boards. Power supply for BD5640 is 3V3. The sensor includes lots of internal processing functions that can adjust white balance, saturation, hue, sharpness, and gamma correction. 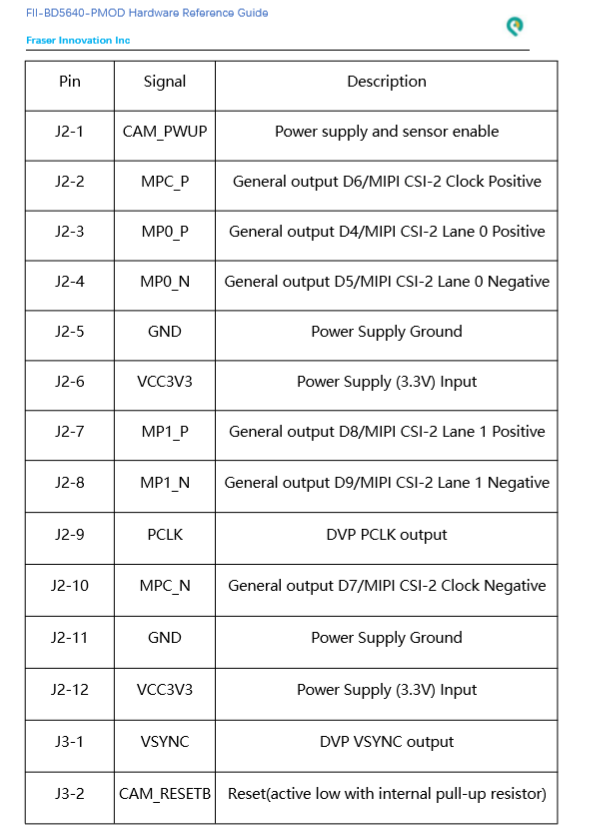 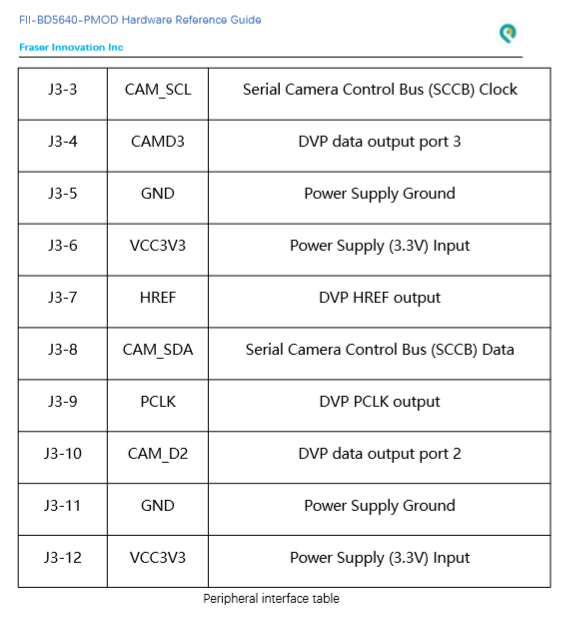 After you have purchase, we will send you:

If you have any questions, you can contact us or post in the Sub-Board product forums. If you can not register to post, please let us know and I will create a forum username for you.

There are no reviews yet.