LED (Light-Emitting Diode), is characterized by low operating current, high reliability and long life. Up to now, there are many types of LED lights, as shown in Figure 1.1. The FII-PRA006 uses the LED lights in the red circle.

The physical picture of the onboard 8-bit LED is shown in Figure 1.2. The schematics of LED is shown in Figure 1.3 (In the red rectangular). The LED module of this experiment board adopts 8 common anode LEDs, which are connected with Vcc 3.3V through 270 R resistors, and the cathodes are grounded through the N-channel FET (In the green rectangular). The FET gate is grounded through a 4.7K resistor, and the FPGA is connected to the FET gate through the SW_LED terminal (In the blue rectangular). Therefore, when the FPGA is set to 1, the output is high. The FET is turned on, then the LED is turned on, and the LED is on.

Before writing a program, the development environment used and new project building are breifly introduced. Take the Quartus 18.1 version of the synthesizer as an example. The specific project establishment steps are shown in Figure 1.5 to 1.10. 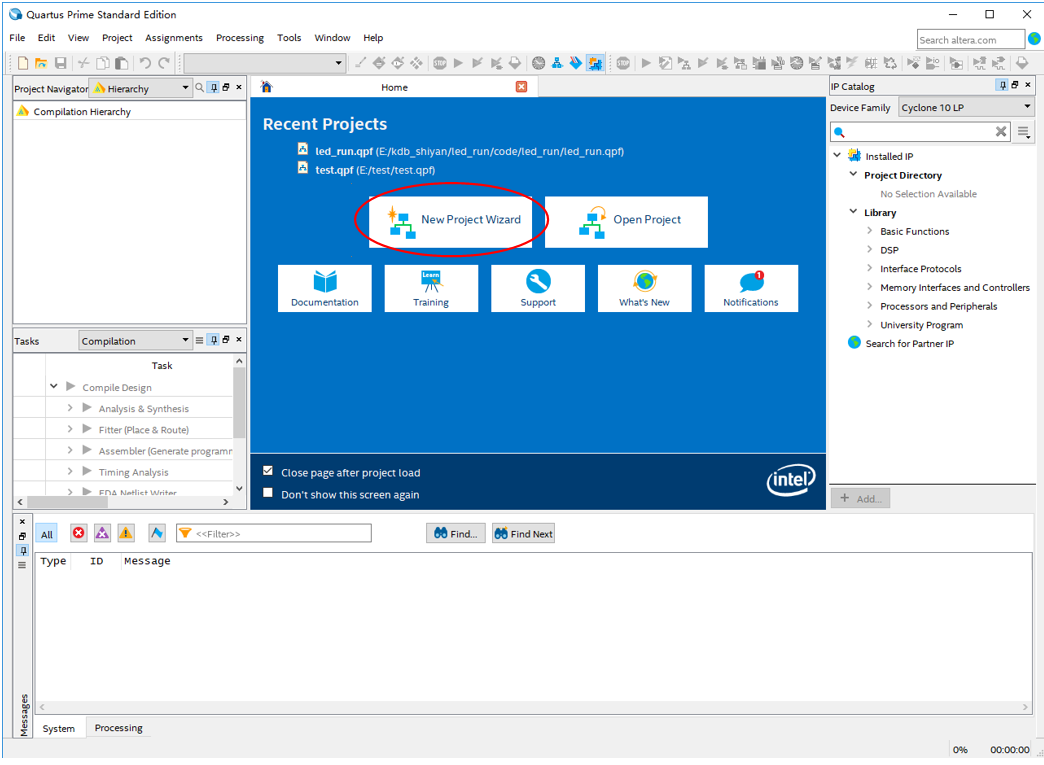 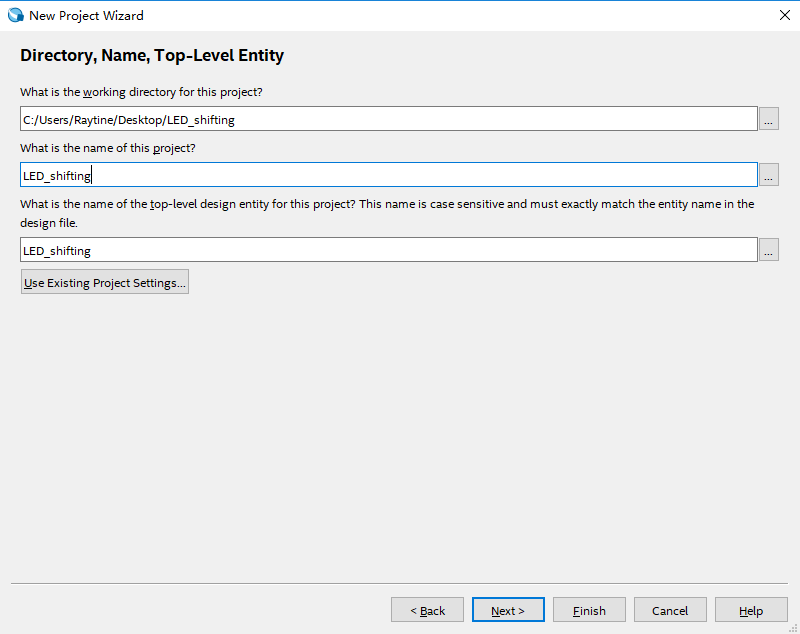 Figure 1.6 Path selection and naming of the project files 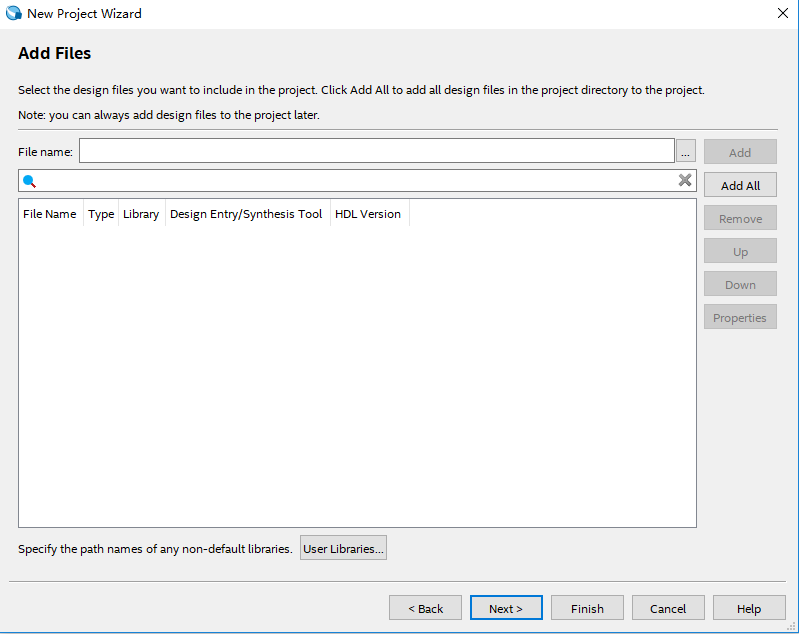 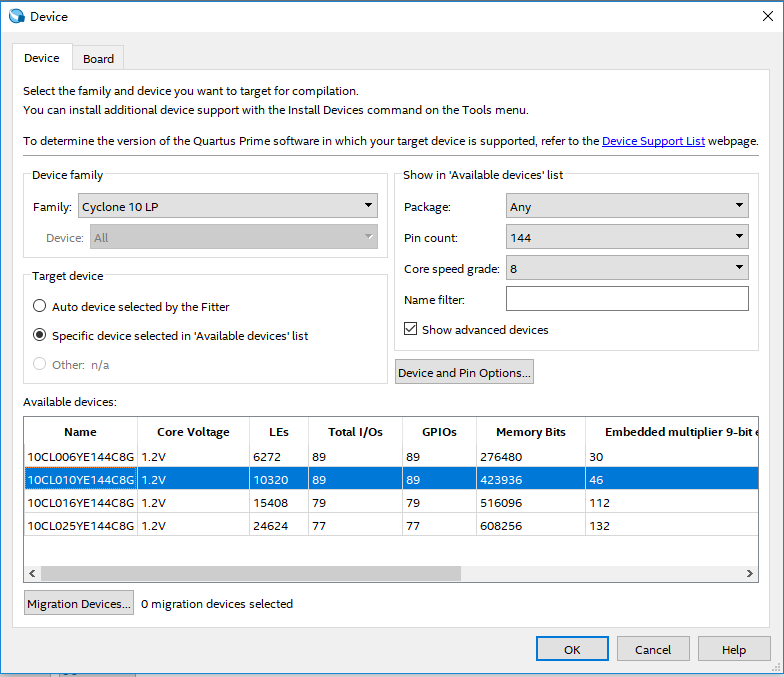 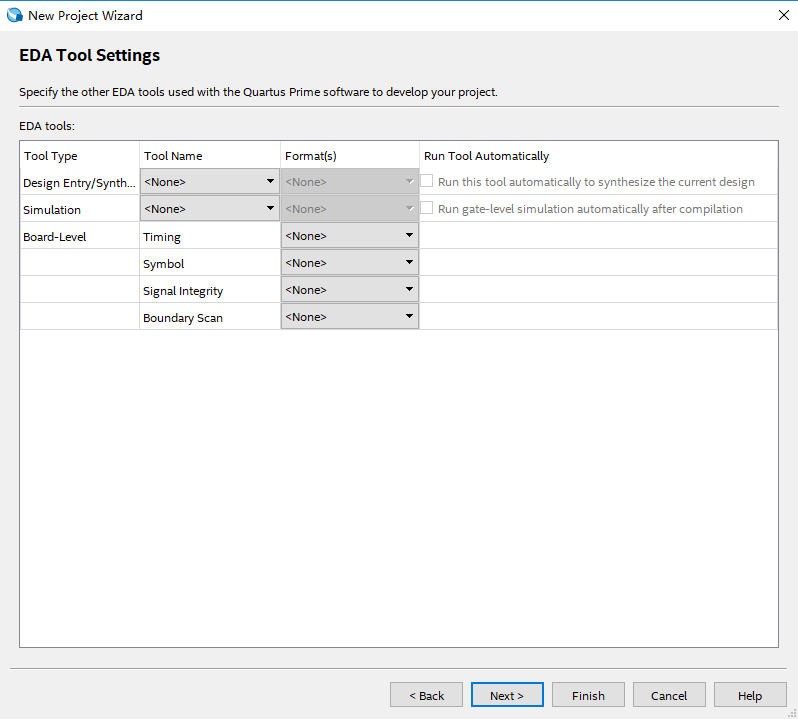 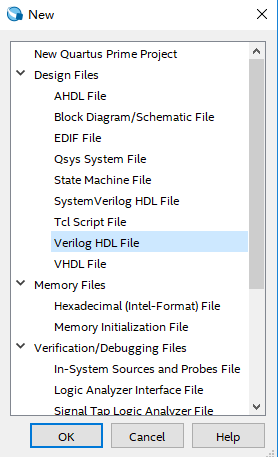 After the preparation is finished, starting to write the program, as described below.

The input signals of this experiment have 50MHz system clock clk, reset signal rst, and output signal led; 8 LEDs are defined by multi-bit width form of led [7:0], which reduces the code amount and facilitates code writing.

The second step: the invoke of IP Core and the establishment and use of PLL module 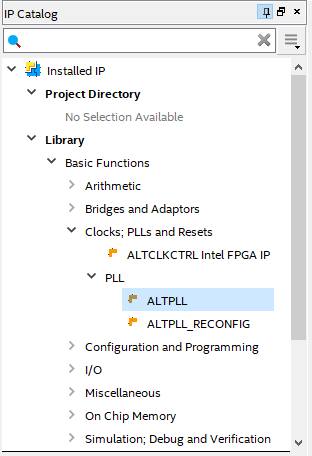 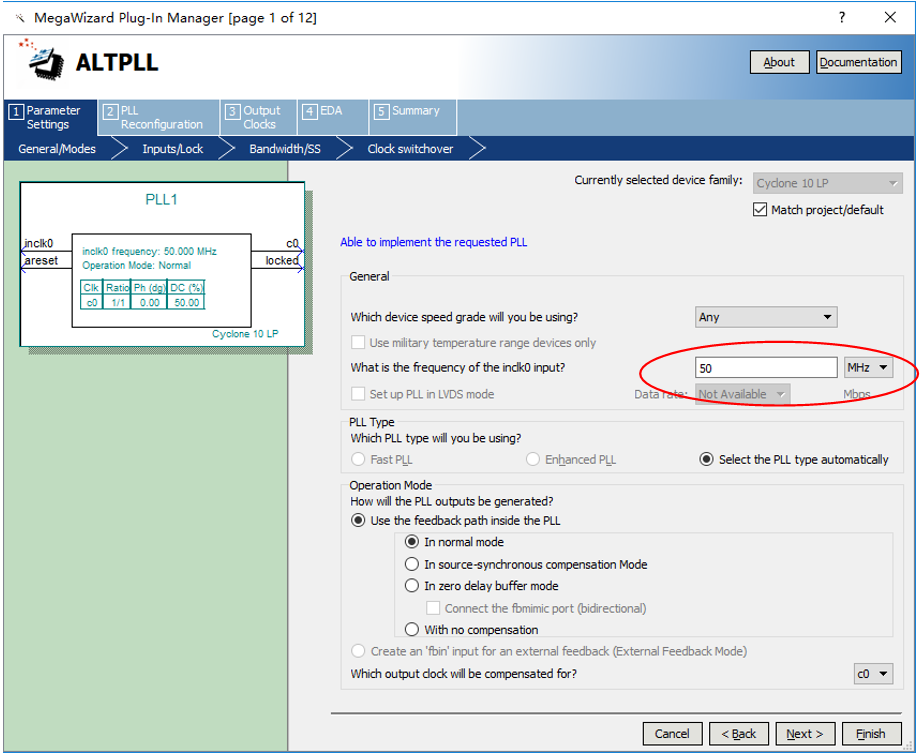 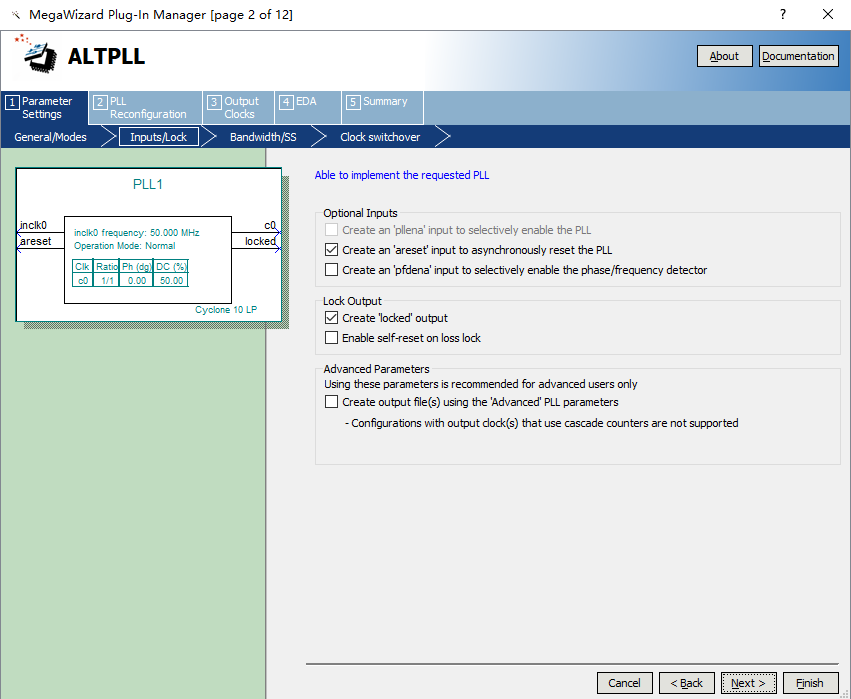 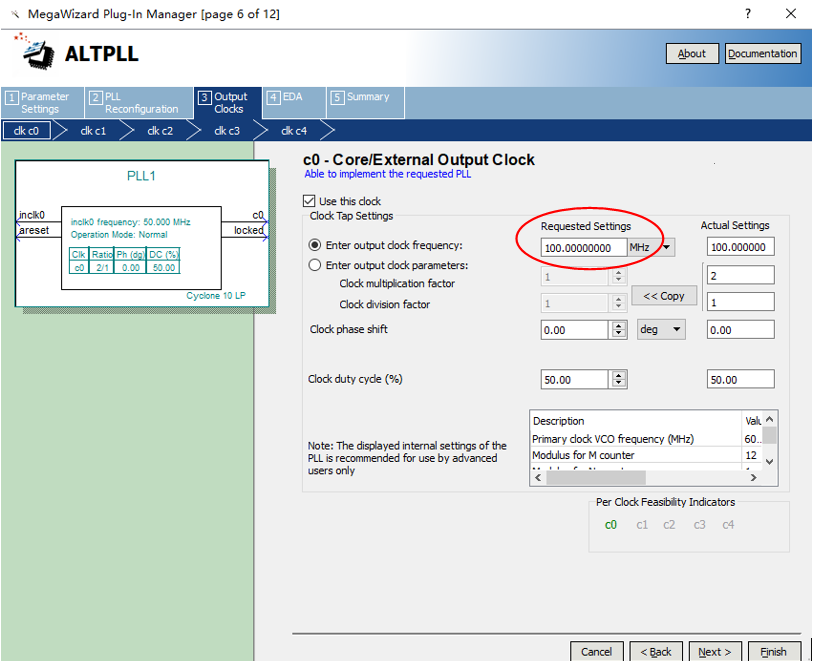 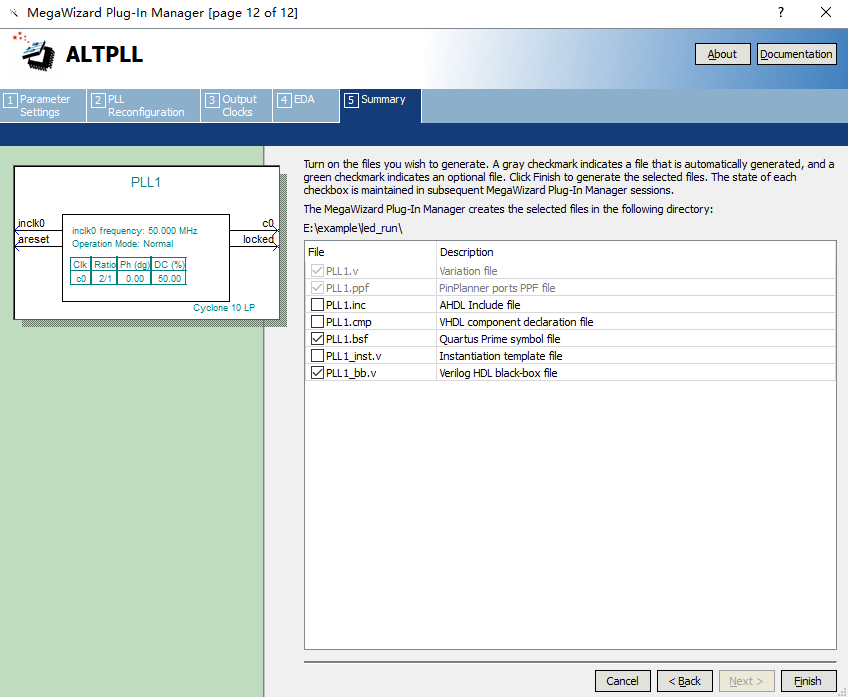 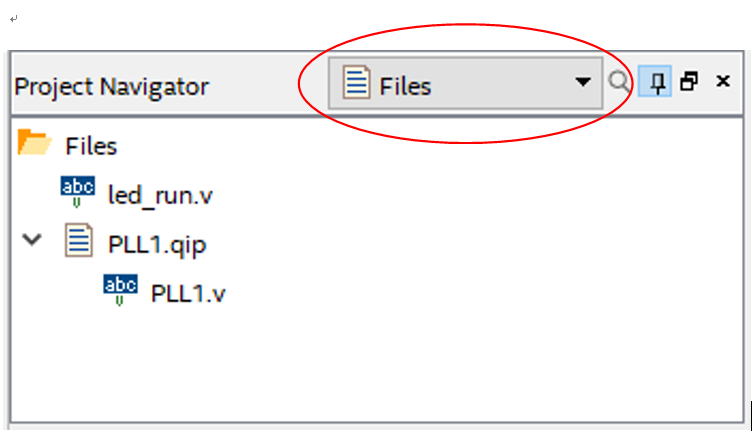 When the system is powered on, the pll_locked signal has a value of 0 before the PLL is locked (stable operation), pll_locked is pulled high after the PLL is locked, and the clock signal sys_clk is output normally. The phase-locked loop is instantiated as follows:

The third step: the design of the frequency divider

Similarly, 1ms is equal to 1000 1us, so a millisecond counter ms_cnt [9:0] and a microsecond pulse signal ms_f are defined.

The fourth step: the design of the shifting LED

1.4.1 Some Preparation Before Verification

Figure 1.19 Introduction to some functions

As shown in Figure 1.19, after the program is written, analysis and synthesis is required to check for errors. Click the synthesis icon to complete, or use the shortcut key Ctrl+K, the pin assignment is to bind each signal to the FPGA pin, the compilation is to generate the programming file for the development board and check the error again. Click the programmer icon, and follow the instructions to program the development board. Click on the synthesis icon, Quartus will automatically generate a report after that, as shown in Figure 1.20. The details of the report are not described here. 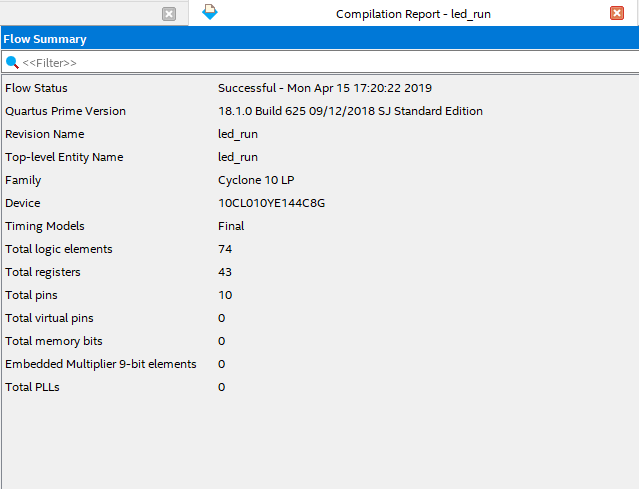 Click the pin assignment icon to open the pin assignment window, as shown in Figure 1.21. Double-click the location column corresponding to each pin, directly enter the pin number, or click the drop-down button to find the corresponding pin, but the latter is relatively slow. It should be noted that the I/O standard column in Figure 1.21, the content shown is the voltage standard of each I/O port, determined by the BANK voltage in the schematics and the design requirements. In this experiment, the I/O voltage should be selected as 3.3V. Double-click the I/O standard column and click the pull-down button, as shown in Figure 1.22, select the right voltage standard. The default voltage standard can be set in advance when selecting the chip model. Click Device and Pin Options -> Voltage -> Default I/O standard in Figure 1.8 to set it.

The pin assignment is complete, as shown in Figure 1.23. Then click on the compilation. After completion, program the development board. 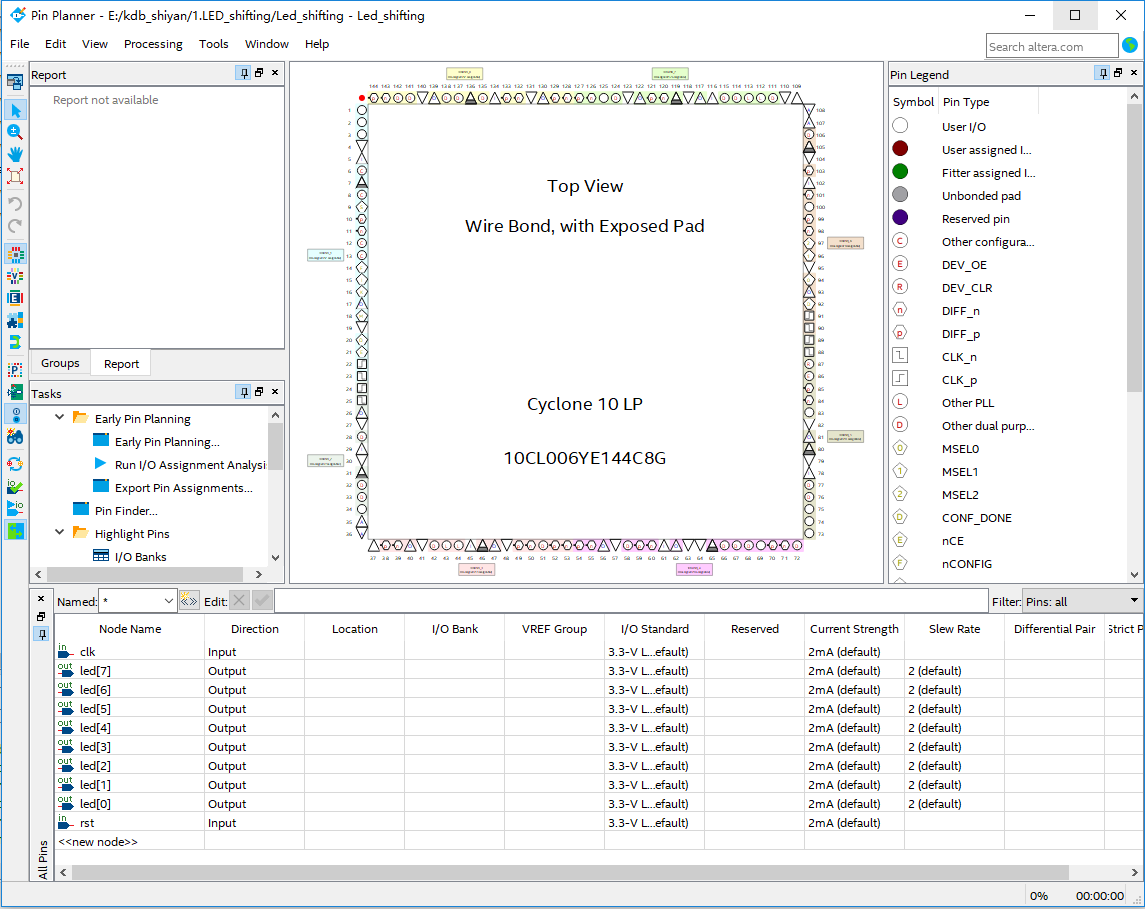 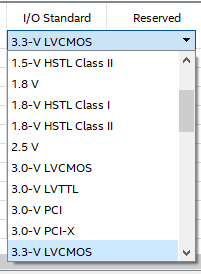 1.4.2 Method and Steps to Program the Board

Before programming the board, some settings should be made for the Quartus. For details, please refer to the “Intel FPGA Download Cable II User Guide” for reference. After the settings according to the instructions, click programmer icon to open the download window, as shown in Figure 1.24. 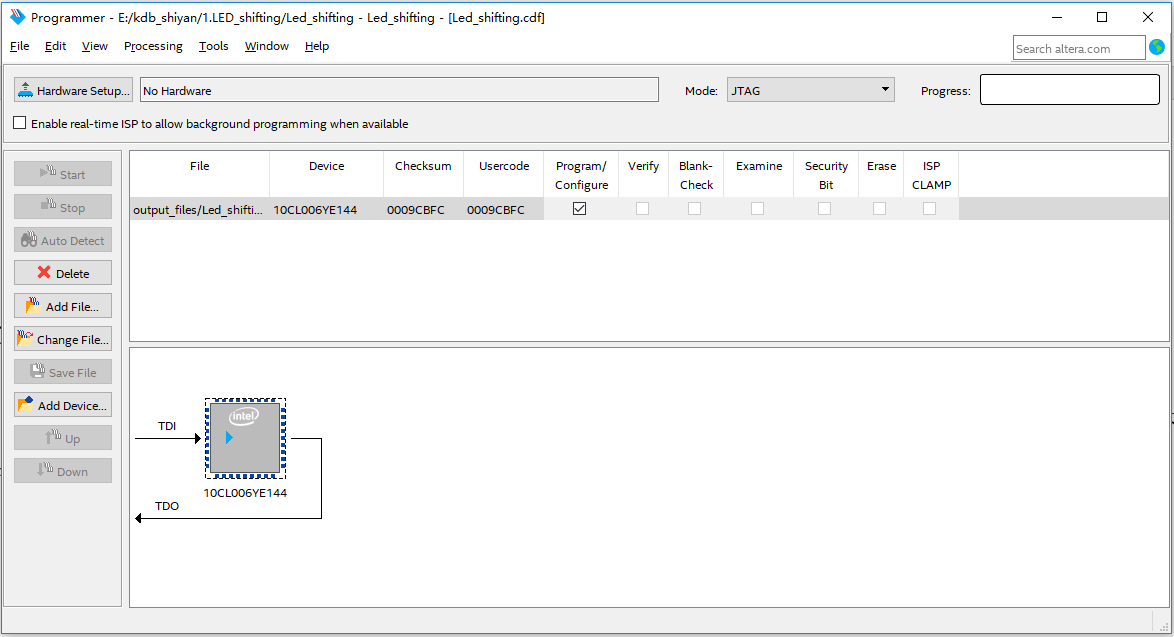 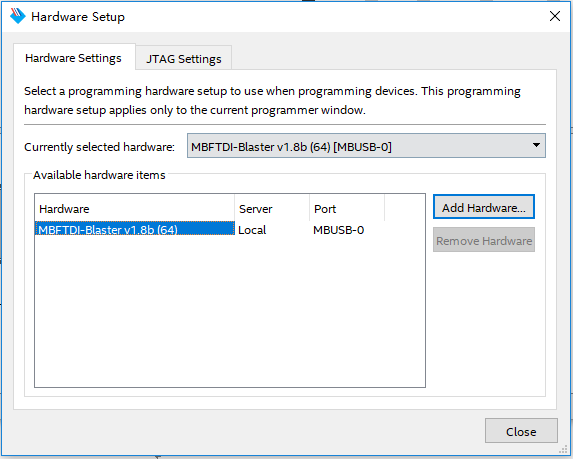 Click Start to program the board, as shown in Figure 1.26, Progress shows 100% (Successful), that is, the download is completed.

See Figure 1.27, the LEDs light one by one from low to high and the interval is one second. 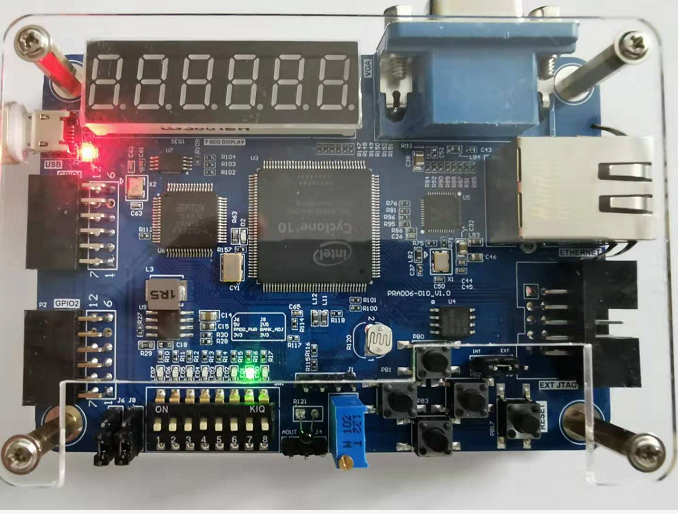 Understand What Ethernet is and How it Works, the Relationship Between Different Interface Types (MII, GMII, RGMII) , Ethernet Experiment – FPGA Beginner Study Board PRA006, PRA010 Experiment 14

Understand What Ethernet is and How it Works, the Relationship Between Different Interface Types (MII, GMII, RGMII) , Ethernet Experiment – FPGA Beginner Study Board PRA006, PRA010 Experiment 14

Experiment 14 Ethernet Experiment 14.1 Experiment Objective Understand what Ethernet is and how it works Familiar with the relationship between different...

Experiment 12 AD, DA Experiment 12.1 Experiment Objective Since in the real world, all naturally occurring signals are analog signals, and...