Combined with experiment 6, display the results of the operation to the segment display.

7.2.1 Introduction to the Principle of Converting Hexadecimal Number to BCD Code

Human eyes recognition is relatively slow, so the display from hexadecimal to decimal does not need to be too fast. Generally, there are two methods

Suppose ABCD is a 4-digit binary number (possibly ones, 10 or 100 bits, etc.), adjusts it to BCD code. Since the entire calculation is implemented in successive shifts, ABCDE is obtained after shifting one bit (E is from low displacement and its value is either 0 or 1). At this time, it should be judged whether the value is greater than or equal to 10. If so, the value is increased by 6 to adjust it to within 10, and the carry is shifted to the upper 4-bit BCD code. Here, the pre-movement adjustment is used to first determine whether ABCD is greater than or equal to 5 (half of 10), and if it is greater than 5, add 3 (half of 6) and then shift 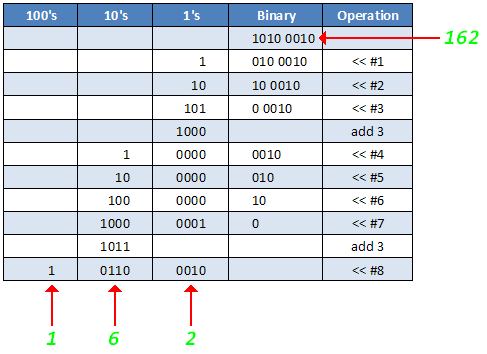 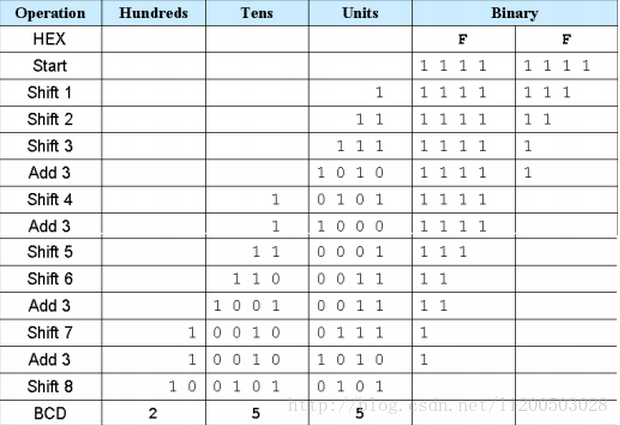 7.2.2 Introduction of the Program

Enter a 16-bit binary number hex, which can represent a maximum of 65535 decimal, so output ones, tens, hundreds, thousands, and ten_thousands.

The second step: the implementation of bit operation

Referring to Figure 7.2, the former part of the program is the judgment calculation part, and if it is greater than or equal to 5, then adds 3. The latter part is the shift part.

Referring to Experiment 6, simulation was performed using ModelSim, and the simulation conditions are set as follows:

After the ModelSim is set and the testbench file is added, perform the simulation. The result is shown in Figure 7.3.

Figure 7.3 Simulation for binary to decimal 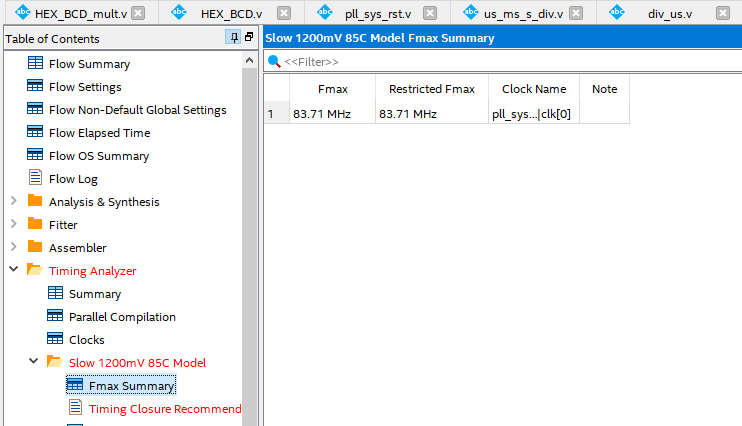 The way to increase the pipeline, will be introduced in the follow-up experiment, because the function of HEX_BCD is mainly used to display the human-machine interface, the speed requirement is low, and the frequency reduction method is adopted here.

See Table 7.1 for the pin assignment

The second step: development board verification

After the pin assignment is completed, the compilation is performed. Program the development board for verification after passing. The experimental result is shown in Figure 7.7. The value of the DIP switch input is 00001010, decimal 10, the counter is constantly accumulating, so the display result is always accumulatively changed by 10. 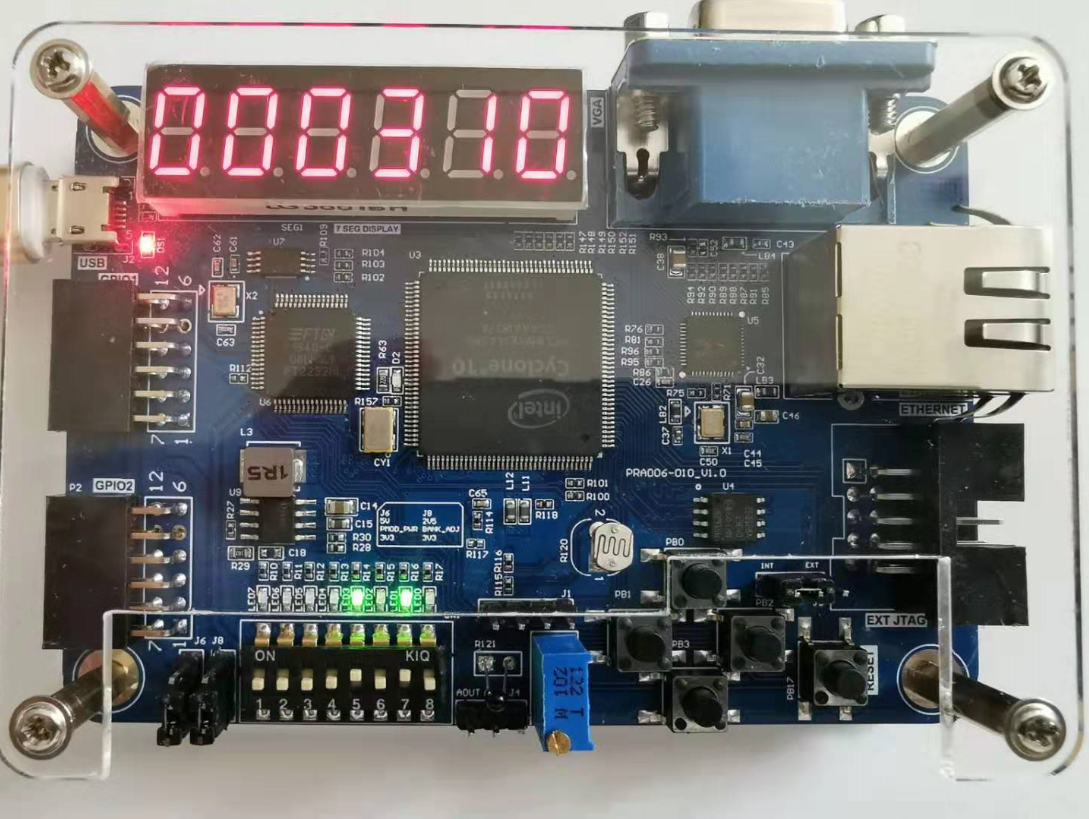 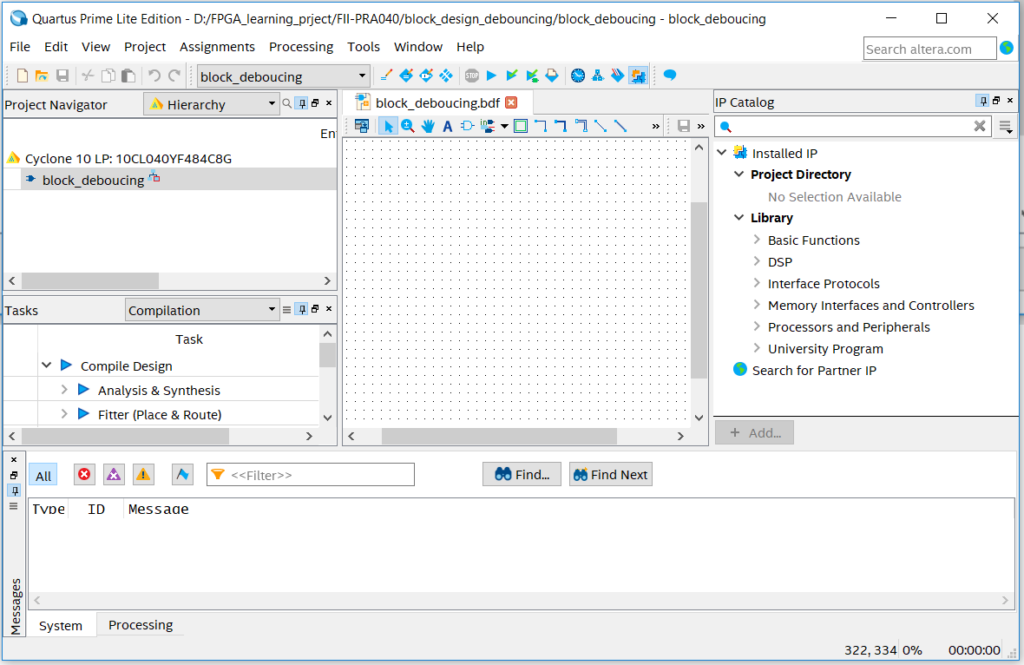